Understanding the Serious Nature of Mini-Strokes 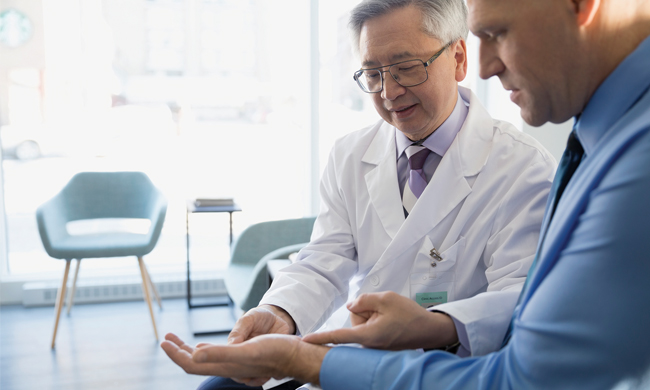 Knowing the warning signs of a mini-stroke could help save a life.

A survey conducted by the American Heart Association/American Stroke Association shows one-third of United States adults have had symptoms consistent with a transient ischemic attack (TIA), also known as a mini-stroke, but only 3 percent called 911 for help.

“Ignoring any stroke signs could be a deadly mistake,” said Mitch Elkind, M.D., chair of the American Stroke Association Advisory Committee. “Only a formal medical diagnosis with brain imaging can determine whether you’re having a TIA or a stroke.”

The survey showed 35 percent of respondents experienced at least one sign of a TIA or mini-stroke, such as sudden trouble speaking or a severe headache with no known cause. According to the online survey, those who suffered symptoms were more likely to wait it out, rest or take medicine rather than call 911.

Stroke is a leading cause of serious, long-term adult disability in the United States and among the top five causes of death. However, with proper, timely medical attention, stroke is largely treatable. The faster you are treated, the more likely you are to have a positive outcome.

The American Stroke Association’s Together to End Stroke initiative, nationally sponsored by Medtronic, teaches the acronym F.A.S.T. to help people remember the most common stroke warning signs and what to do in a stroke emergency:

While the symptoms are the same, the difference between a TIA and a stroke is that the blockage is temporary, lasting between a few minutes and 24 hours. People who suffer a TIA, sometimes called a warning stroke, are more likely to have a stroke within 90 days, according to the American Heart Association/American Stroke Association.

Elkind said anyone who experiences a stroke warning sign that appears suddenly, whether it goes away or not, should call 911 immediately. This could improve the chances of an accurate diagnosis, treatment and recovery.

Stroke symptoms come on suddenly with no known cause and may include confusion, trouble speaking or understanding; weakness of the face, arm or leg, especially on one side of the body; trouble seeing in one or both eyes; trouble walking, dizziness, loss of balance or coordination; or a severe headache.

11:30am · Folsom Public Library
View All Add Your Event